The Power Of Love

“The Power of Love”, also called “Power of Love”, is a 1985 single by Huey Lewis and the News, written for and featured in the 1985 blockbuster film Back to the Future. It gave the band their first number-one hit on the U.S. Billboard Hot 100, their second number-one hit on the U.S. Top Rock Tracks chart, and was a top ten hit on the UK Singles Chart, where it appeared on UK editions of the band’s fourth studio album, Fore!. The song was nominated for an Academy Award for Best Original Song at the 58th Academy Awards, but lost to Lionel Richie’s “Say You, Say Me”. 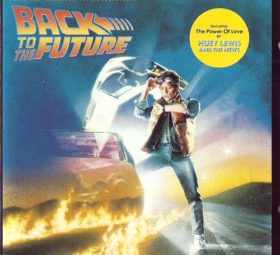 Huey Lewis and the NewsBack in Time