Shining Star is considered a prime example of funk music that attained mainstream success. The concept for the song came to White while strolling at night during the band’s recording of “That’s the Way of the World”. He was inspired by looking up at the starry sky and took his ideas about the song to the other band members. The song is noted for the way the instruments drop out during the last repeated choruses with the group singing the final lines a cappella followed by the song’s abrupt end. 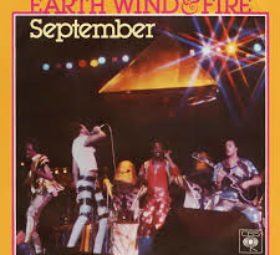