“Let’s Go Crazy” is a 1984 song by Prince and The Revolution, from the album Purple Rain. It was the opening track on both the album and the film Purple Rain. “Let’s Go Crazy” was one of Prince’s most popular songs, and was almost always a staple for concert performances, often segueing into other hits. When released as a single, the song became Prince’s second number-one hit on the Billboard Hot 100, and also topped the two component charts, the Hot R&B/Hip-Hop Songs and Hot Dance Club Play charts, as well as becoming a UK Top 10 hit. The B-side was the lyrically controversial “Erotic City”. In the UK, the song was released as a double A-side with “Take Me with U”.

Common to much of Prince’s writing, the song is thought to be exhortation to follow Christian ethics, with the “De-elevator” of the lyrics being a metaphor for the Devil.

The extended “Special Dance Mix” of the song was performed in a slightly edited version in the film Purple Rain. It contains a longer instrumental section in the middle, including a solo on an apparently out-of-tune piano and some muddled lyrics, repeating the track’s introduction. 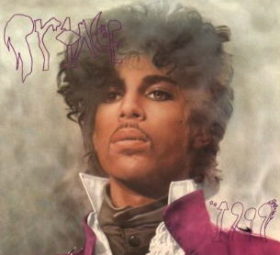