“Ladies’ Night” is the hit title track single on the album of the same name released in 1979 by Kool & the Gang. The song is a play on the popular use of “Ladies Nights” at bars and clubs that were meant to draw in more female patrons in order to draw in even more male clientele. The song as a single was a success, and became a radio staple. It was also a chart success, peaking at number 8 on the Billboard Hot 100 in 1980 and stayed atop the R&B charts for two weeks.[1] It also gave them their first hit in the United Kingdom in August 1979, peaking at number 9 in the UK Singles Chart. 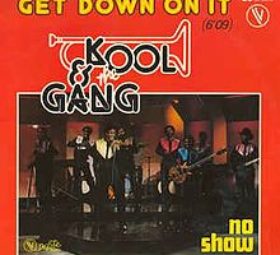 Kool & the GangGet Down On It