“Hungry Like the Wolf” is a song by the British new wave band Duran Duran. Written by the band members, the song was produced by Colin Thurston for the group’s second studio album Rio. The song was released in May 1982 as the band’s fifth single in the United Kingdom. It reached the top 5 of the UK Singles Chart, and received a silver certification by the British Phonographic Industry (BPI).

“Hungry Like the Wolf”‘s Russell Mulcahy-directed music video was filmed in the jungles of Sri Lanka, and evoked the atmosphere of the film Raiders of the Lost Ark. Although the band initially failed to break into the US market, MTV placed the “Hungry Like the Wolf” video into heavy rotation. Subsequently, the group gained much exposure; the song peaked at the number 3 spot on the Billboard Hot 100 in March 1983, and Duran Duran became an international sensation. The video won the first Grammy Award for Best Short Form Music Video in 1984. 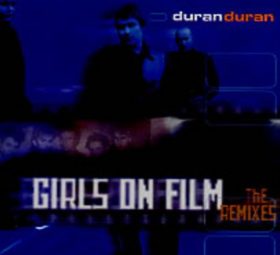