“I Can’t Go for That (No Can Do)” is a song by the American duo Hall & Oates. Written by Daryl Hall and John Oates, and co-written by Sara Allen, the song was released as the second single from their tenth studio album, Private Eyes (1981). The song became the fourth number-one hit single of their career on the Billboard Hot 100 and the second hit single from Private Eyes. It features Charles DeChant on saxello.

“I Can’t Go for That (No Can Do)” is one of 14 Hall & Oates songs that have been played on the radio over one million times, according to BMI. 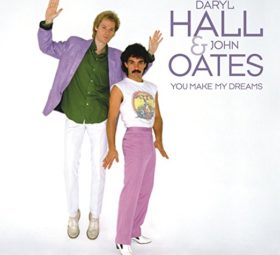 Hall and OatesYou Make My Dreams